D Talks Adda is one among the ‘still fairly novel’ Health Food Restaurants in Kolkata. I say ‘still fairly novel’ because the onset of health joints begun in Kolkata some years back and now there are now a couple of options to satiate the health buff in you. This meant that this restaurant also faced the challenge of getting into a territory which was new, yet Kolkatans had a taste of it.

D Talks Adda is set apart by it’s wide array of veg offerings unlike most health cafes/restaurants and quirky sport themed interiors. You will end up sitting on bar stools with a wheel & paddle , and may end up catching up on some exercise while you eat, or just look cool and get that FB Display Pic that you were looking for. Or you maybe end up on a boxing ring or sitting area adorned with a tree shaped bookshelf. The options are many and they are never boring. 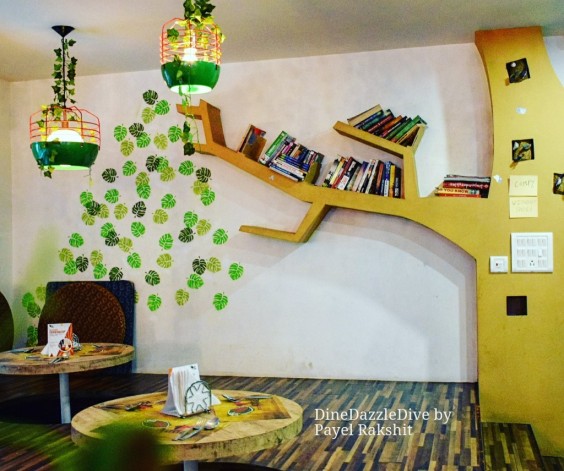 This restaurant is located in Salt Lake Sector II , near the swimming pool. 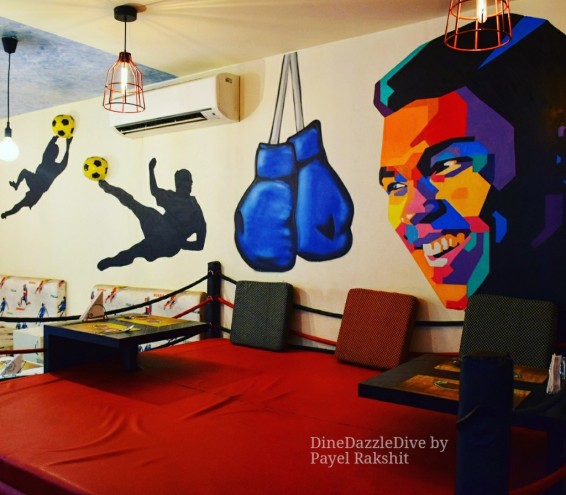 Coming to the food. Well, Heath food is tricky because you end up with zero oil and no wheat and no sugar kinda policy. Chinmay the owner, has a marvelous job in making the conventional health food which most of us construe as bland or boring, to be delicious.

We started with a few mocktails and soups.

Veg Clear Soup was a basic clear soup with fresh and colourful veggies. Served in cups rather than soup bowls this soup was mild and soothing. 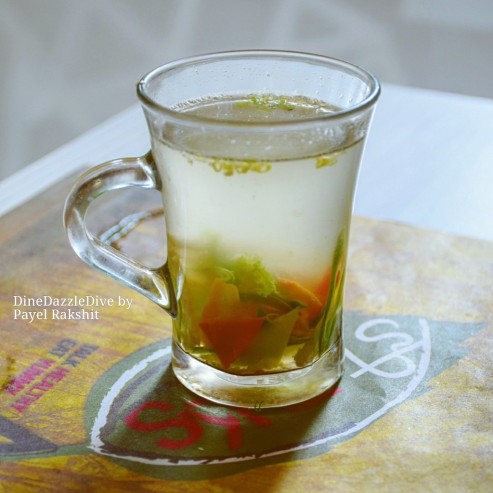 Mushroom Soup (#MustTry) : I’m a total mushroom person. I’m fond of everything to do with mushroom. This soup was no different. Loved it to the core. A rich, creamy, delectable soup.

The Mocktail Antioxidant Boost(#MustTry) was my favorite. Made of grounded dried drumstick tree leaves, lemon , mint leaves and sweetened with natural sweetener Stevia Leaves, it was really refreshing, filled with antioxidants and yummilious to taste.

Surya Namashkar ( Mix Fruits Juice ) : Rich in red and adorned with the colour red this was extremely delicious​.

For Appetizers there was Crispy Chili Baby Corn, Paneer Amritsari and Chocolate Pizza. The fries was absolutely oil free since it was air-fried.

For Mains there was Kashmiri Rajma(#musttry), Paneer Pasanda(#must try) with a Bengali twist, Masala Kulcha, Laccha Paratha  and Veg Pulao. I fell in love with the main course. I’m a Rajma – Chawal person. Wherever​ I go , I end up having Rajma . Hence at D talks I devoured the Veg Puloa and Rajmha.

The paneer pasinda was just wow – fresh paneer, a thin outer coating and a rich, oil-free gravy. The paratha/kulcha were made with pure wheat.

Now coming to the prices well they are extremely reasonable for the quality of food and service. Try this place. It won’t let you down.

The small eatery in the heart of Southern Avenue – it’s quirky sand bed tables embellished with pebbles and corals, adorning the ceiling are typical wicker baskets which are a common sight among Indian fisherman, the tiny colorful boats and the aroma of freshly made coastal delicacies; everything came together to set the mood for a divine experience. 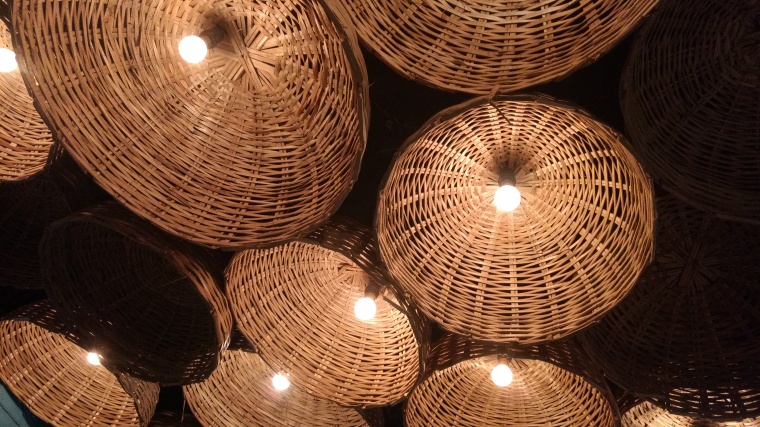 The mood was set and now the food. The folks at Coastal Macha has curated a menu encompassing delicacies from across the shores of India. And trust me, that’s not an easy job !! But Sabrina and Piyush has lived up to the name. Their eclectic offerings in Goan, Kerala, Konkan, Maharashtrian, Malwani, Mangalorean cuisine deserve accolades. 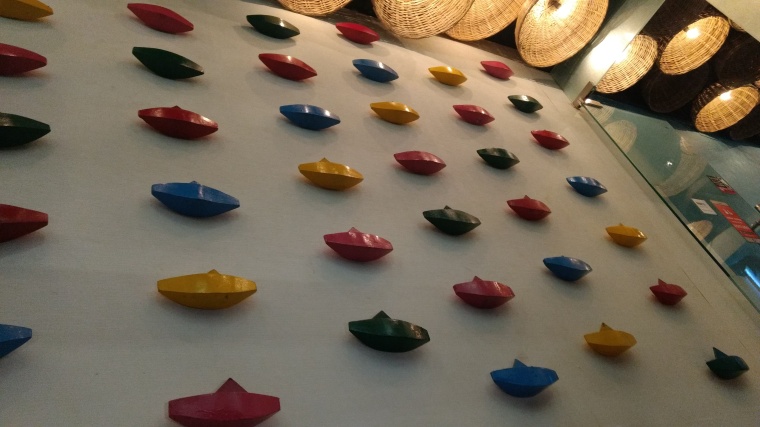 The ( #MustTry ) Prawn Sukha , the Chicken Ghee Roast and the Appam won my heart. Made with mangalorean spices and coconut the sukha was a subtle yet delightful addition to the meal. The Sukha blended well with the Appam. Appam is a typical Indian pancake created from fermented rice batter and coconut milk. And the ghee roast, while heavy on my stomach was a plain delicious to my taste buds. 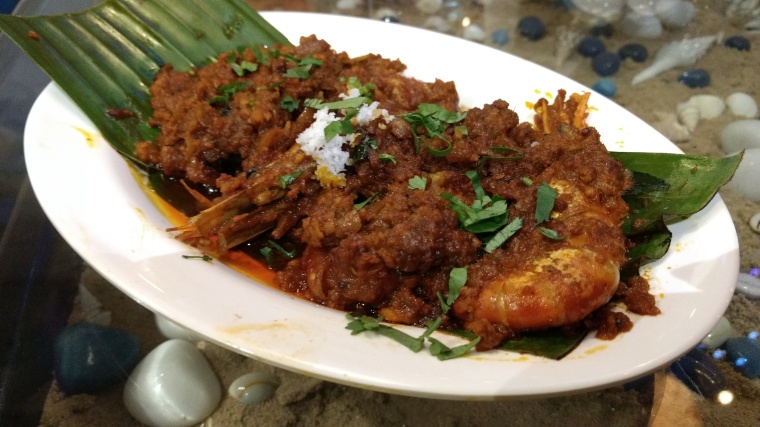 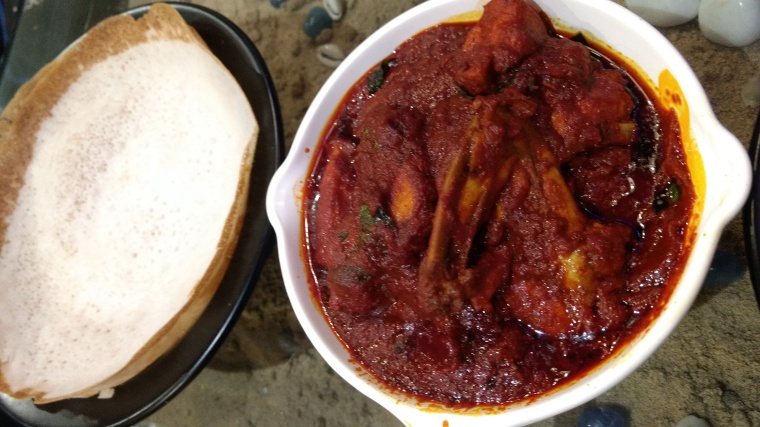 The kokum cooler was a refreshing addition. It is an Ayurvedic summery drink from the coasts of India. 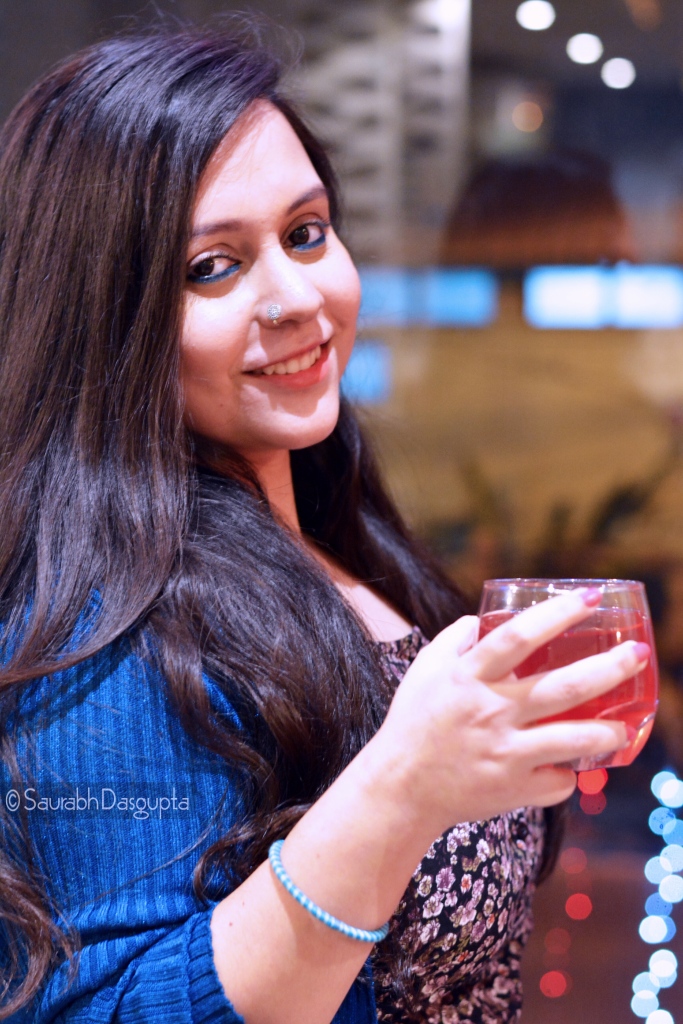 Bhetki rawa fry and Squid Koliwara were interesting additions to the dinner.  Fresh Bhetki with a thin coating of breadcrumbs fried optimally for a pure blissful taste. 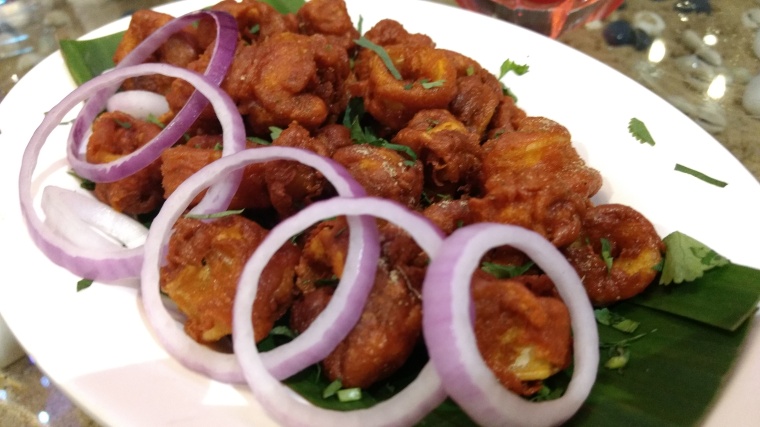 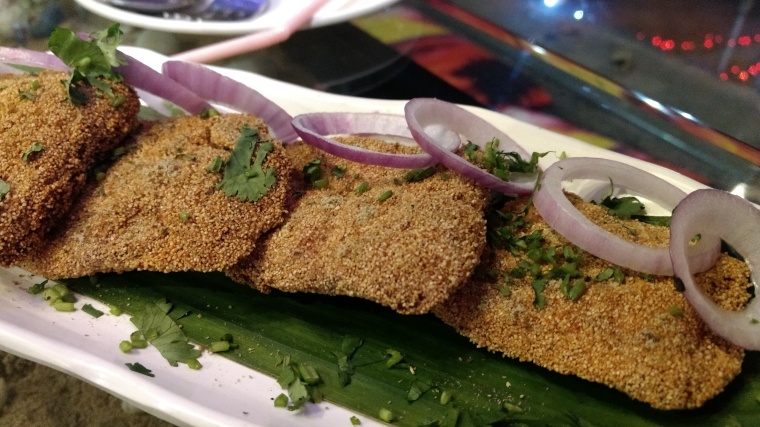 And a #MustTry is the Parippu Payasam made of condensed milk , jaggery and roasted moong dal garnished with cashews  and ghee. This is one of the best desserts I have had in a long long time.