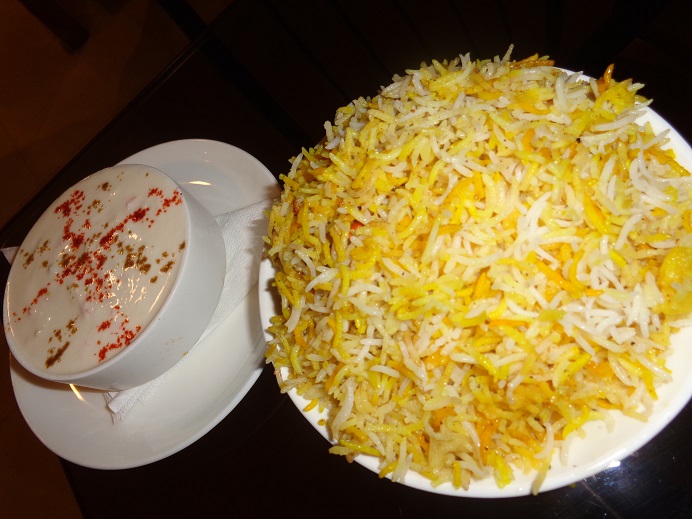 Do you remember the quintessential hindi movies of the 90s where every one belonged to a big Punjabi family and the ‘ghar ki mahilein’ made ‘lajawab khana’ so that ‘hath chumne ko dil kare’ ? When a food event was organized at at Desi Mehak for my foodie friends and me, my feelings for the chef was just the same!!

In Kolkata’s food kaleidoscope, Desi Mehak with it’s exemplary north-indian cuisine, is a precious piece. The kaleidoscope has changed it pattern over the years; in the 1990’s and 2000’s there were primarily two kinds of cuisine that dominated Kolkata – North Indian and Chinese; now the complete scene has transformed and Kolkata has a numerous variety to offer. But through this change of scene one thing has remained persistent, Kolkata’s flawless north-indian food. Desi Mehak just adds to this age old tradition, with one small twist,  everything (and i literally mean it) is made with minimal oil. So gone are those days when north-indian food used to feel overly stuffy due to its high quantity of spices, oil, dalda; and was avoided during Kolkata’s humid summery days! Today Desi Mehak brings in the same north-indian flavour(that we Bengali’s love so much); but its absolutely not heavy on the stomach. Seems like the best of both worlds? Well it is true!!

I was invited along with a group of foodies by Mr. Mitra and his son Arnab for a Food Bloggers Meet. They had specially created a menu for the evening, keeping our diversified taste pallet in mind. They were amazing hosts and their warmth and genial nature was contagious. It harbored an atmosphere of amity and I ended up having a memorable time. 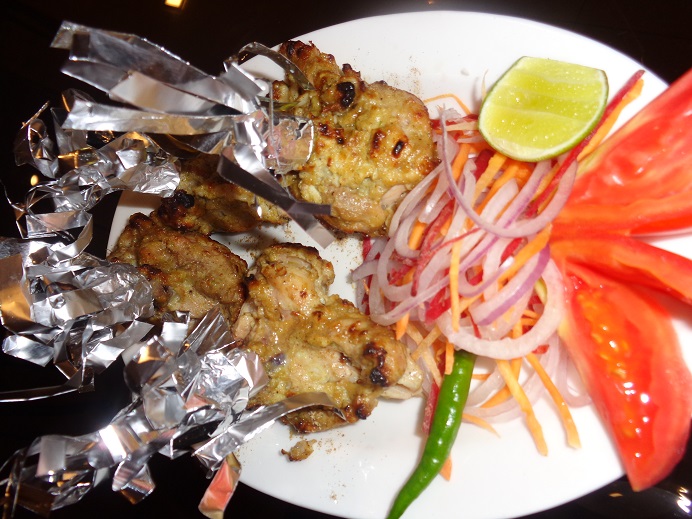 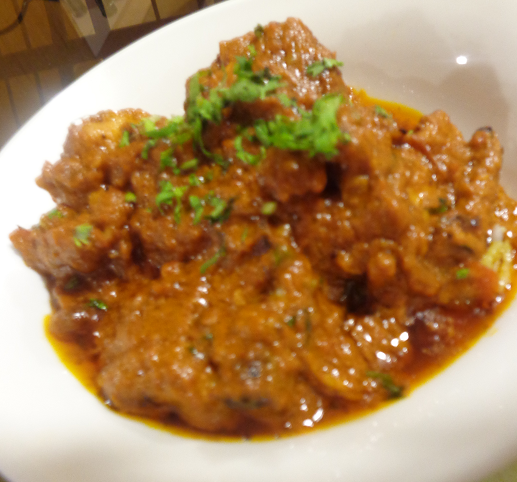 Now let’s get talking about the Food. 🙂

The welcome drinks comprised of the following mocktails: Virgin Cucumber Mojito, Virgin Pina Colada, Lemon Leaf Twister. Virgin Cucumber Mojito had feshly chopped cucumber, sugar syrup, chat masala, rock salt and mint leaves. I had just stepped in from all the heat and sweat that Kolkata has to offer and the drink instantly made me fell energized. With a strong cucumber flavor this drink was refreshing. It was one of my favorites of the evening. Virgin Pina Colada was a very different drink with distinct flavors. It had pineapple juice, coconut milk, and vanilla ice cream. It was rich, creamy and yet mild; it tasted very soothing. I loved it’s pineapple flavor. Lemon Leaf Twister was the best mocktail of the evening. Comprising of lemon leaf, lemon juice, lime squash and sugar syrup this drink was heavenly. With a strong gondhoraj flavour, this tangy drink won my heart.

As we relished the welcome drinks the starters started coming. We were spoilt for choice: Murgh Lassoni Kabab, Fish Ajwaini Kabab, Prawn Tandoori, Dahi Kabab. I say that we were spoilt for choice because all the starters were plain exquisite. All the kabab s came with a helping of salad and some deliciously tangy pudina chatni. The Murgh Lasooni kabab was the best kabab of the evening. It was a whitish looking kabab and contained 4 pieces of large sized, well marinated chicken. The kababs were soft, juicy and plain heavenly. With the first bite I was enamored of it. Another favorite of the evening was Fish Ajwaini Kabab. It was spicy, it was succulent, it was delicious. The quality of fish was commendable. The Dabi Kabab(veg) was just yummilicious! With lots of dahi, paneer, aloo, it was soft, and the falvors were just right. It was another excellent starter. Finally the  Prawn Tandoor Platter arrived. It had 6 pieces of mid-sized prawn. The prawns were very well marinated, and it was infused with herb-y flavors & spices. It was delectable. 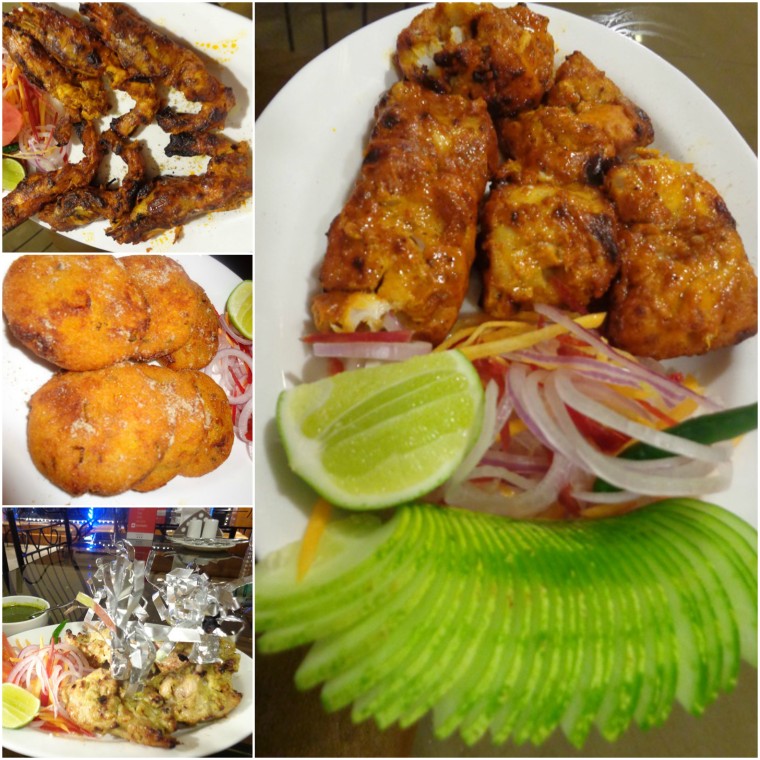 As I was still licking my fingers, from the awesome starters the main course arrived. We began with Keema Lasagne with Lucknowi Paratha. This fusion dish was quite marvelous. The paratha was tasty, yet mildly fried and not at all oily. The keema lasagne stole the show with its innovative, fusion flavors. A rich, spicy mutton keema(not oily), made richer with lots of cheese toppings, what more can one ask for! It was a stupendous combination. This dish was definitely one of my favorites of the evening. Then Murgh Lababdar, Shahi Malai Kofta, Assorted Bread basket arrived. The bread basket had Kabuli Naan which was sweetish and had lot of kaju badam; Garlic Naan came with garlic toppings and tasted nice, Cheese Chili Naan, with cheese and chili stuffing inside was delicious. The Murgh Lababdar was the showstopper of the evening! Tender pieces of well-marinated chicken, mixed with a spicy reddish curry, it was just perfection personified. I was kept licking my fingers and trying to scrap of the last bit of the curry from the bowl. It was MAGNIFICENT ! Shahi Malai Kofta, had large sized koftas in a white gravy. I found the koftas to be over fried, and had a hard coating so the gravy could not enter it. The gravy itself was nice. Lastly Desh Mehak special Mutton Biryani with raita came. Firstly the raita itself was delicious, it was thick and creamy. The Biryani had no ‘chi-chipa’ oil or too much of spices, which i really loved. It had a tab bit of extra rose water smell, but tasted palatable.

Finally for desserts we were served Tooty-Fruity ice cream and Firni. The firni was nice, and didn’t have to much of sweet, which I liked. The Tooty-Fruity came in a long glass and looked enticing from afar. It had lots of fruits, butterscotch granules and strawberry syrup. It was a nice and yummy ending.

Special Thanks to Mr. Mitra and Arnab for giving us a marvelous experience. I wish them all the very best for their future endeavors!